Discovering VENICE, ITALY -
We highly recommend pre or post cruise stay in Venice, Italy or a stop there that includes one or two overnights.

Venice is served by the Marco Polo Airport and also by Train.

There is a very wide range of hotels in terms of size of hotels, location and price points.  Please contact us for recommendations.

Since Venice is a popular tourist spot there are lots of restaurants from the very casual to formal restaurant.  Prices range but expect to pay more for food and drink compared to many cities from around the world.

Venice is one of the more unique cities we have visited.  It is built on over100 small islands and connected with bridges.   Most of Venice has no roads and much of the transportation is via the canals.  The most famous of its canals is the Grand Canal.

In addition to visiting specific sites we find it a fun place to explore without a specific plan in mind.  You will likely end up in small village areas where you will see home, a local church and various shops and cafes.

Places to visit include:

Doge’s Palace.  It was the residence of the leader of Venice and also was the palace of justice.  It is located on St. Mark’s Square.

St. Mark’s Square.  This is considered by many to be the heart of Venice.  In addition to being home for Doge’s Palace other sites such as St Marks’ Basillica is located at the square.  It is also home for various shops and restaurants.  It is frequented by both locals and visitors and often you will hear music being played by live musicians.

Saint Mark’s Basilica.  The church was built in honor of Saint Mark and is a popular tourist destination.  Lines to visit this  can be quite long.  If you can take a tour to get in at night that is very special.

Grand Canal.  If the canal was a street it would be considered the main street of Venice.  The Canal is very wise and  is two miles long.  It provides amazing views of the city and its beautiful architecture.  You can walk along this area or take a gondola or do both.

Rialto Bridge.  This bridge is one of the ways to cross the Grand Canal..  The bridge is built entirely of marble after having collapsed more then once when it was constructed with wood.

Jewish Ghetto.  In 1516, the Jews of Venice were forced to move to one relatively small area of Venice, which became known as the Jewish Ghetto.  It is the first world ghetto.  Its residents were allowed to leave the ghetto in the daytime but it was locked at night.  Many Jewish people live there today and it includes synagogues, a Jewish Museum,  and has food stores and restaurants with some selling/serving kosher food.  It is an interesting area to wander around on your own.

We recommend a two to three day visit to Venice which will provide time to tour the area. 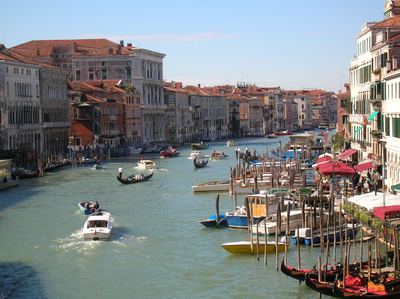 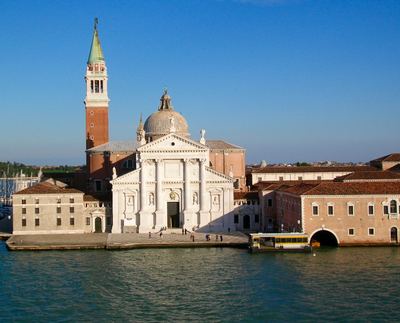 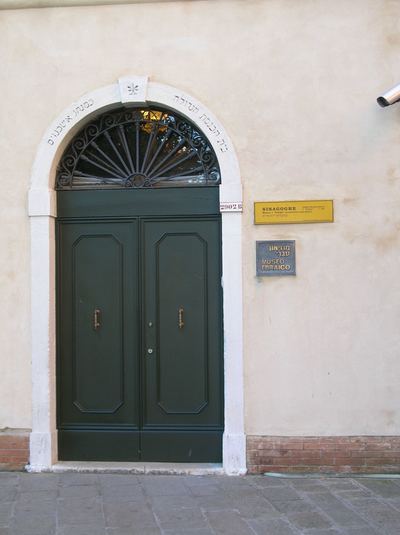 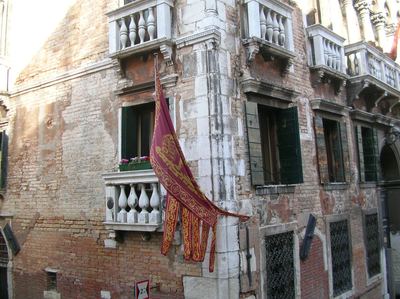 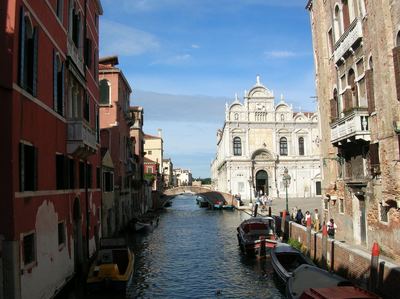 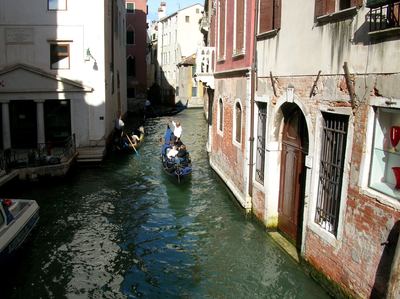 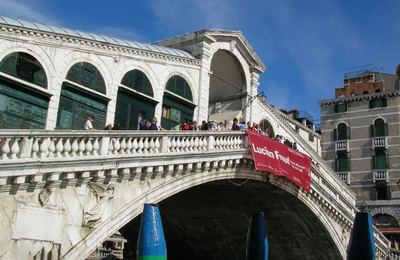 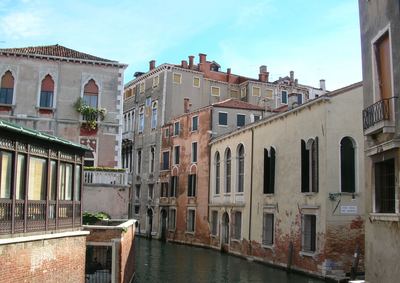 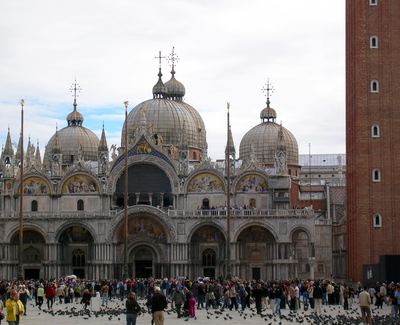 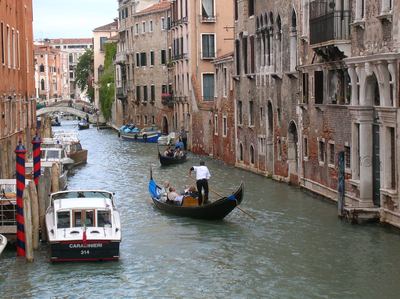