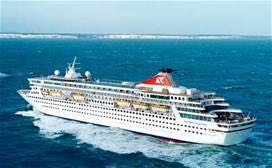 Fred Olsen Cruise Line is a family owned Norwegian Line.  It has along history as it was founded in 1848.  The company began is an international shipping company and in 1987 it rolled out a new ship used exclusively for passenger cruising.

The cruise ships attract a large British following and cater to British Clientele in many ways including the cuisine that is served.

​They itineraries that are sailed include: Africa, Australia, Asia, Europe, North America, Caribbean, South America & Central America.  The offer many cruise from the United Kingdom and even offer a World Cruise

Today, it's fleet is comprised of four ships.