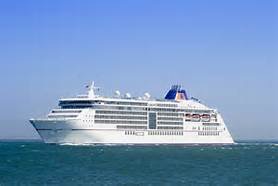 They have four passenger cruise ships, including two ships that are luxury cruise ships; Europa and Europa II.

​These two cruise ships are some of the most luxurious ships afloat.

​The Europa mainly focuses on the German Market but from time-to-time offers cruises with focused on passengers from North America.

Europa II is also very focused on the luxury market but is more informal than Europa and even focuses on a younger aged cruiser including families traveling with children.​
Europa II