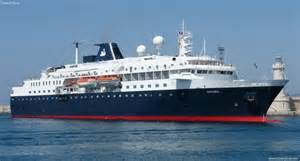 ​Swan Hellenic is known for offering cruises with high academic lecturers and speakers.  It does this in a small ship environment and includes drinks on many voyages along with gratuities, along with customized shore excursions and their associated entrance fees.

It operates one ship; Minerva.