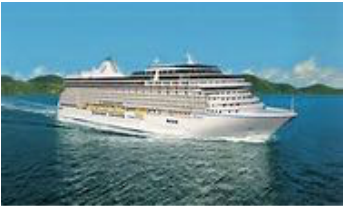 Oceania Cruises began in 2002, by Joe Walters a veteran from Crystal Cruises and by Frank Del Rio who had been with Renaissance Cruises up until their bankruptcy.   They started the cruise line by chartering one of the former Renaissance ships and eventually added a second one to the fleet.  Eventually, two new ships were added to the Cruise Line with more to come.

Oceania is considered a Premium Cruise Line.  It is known for not only their cuisine but with offering cooking classes on their newer ships, providing premium levels of customer service and offering cruises with mainly days in port with few sea days.  Their product is highly regarded.  In some ways they offer a luxury type of product but no with the inclusiveness that one finds on the luxury lines.

Serena (had been the Ocean Princess)